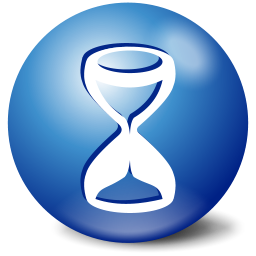 There was a certain man of Ramathaimzophim of the hill country of Ephraim whose name was Elkanah the son of Jeroham, son of Elihu, son of Tohu, son of Zuph, an Ephrathite.  He had two wives.  The name of the one was Hannah, and the name of the other, Peninnah.  And Peninnah had children, but Hannah had no children.


Immediately as I began to pray this morning the LORD said to me.  "You could wait."  Immediately I was back on the platform.

Several years ago; 13 to be exact, I was divorced, car repoed new job I didn't want, but a hunger for GOD like I had never had before.

I found myself in unfamiliar territory.  I was angry mostly and feeling that life was unfair.  Yet amongst all these things I still had this new found hope.  I was eating the word everyday.  While I rode the 4th bus to work.  (Was up at the first bus stop at 5:30 a.m. to drop my two small children at my grandparents so that I could get to work by 8:30 a.m. - 4th bus).  I read the word on the ride back to pick my children up.  Where ever I could read/eat the word I did.  I began to see GOD's word in a different light.

I started to pray, LORD if this promise is for me that I am reading about, then I'm going to stand on it, and by faith ask you to do this or that for me.  As I asked HE provided.

So I am standing on the platform at this job I didn't want; as one of the top salesman in our division looking at the first and second prize that was to be awarded that day.  I was praying that this brand new Nissan Altima on the platform near us, was mine.  Needless to say I walked away with the second prize which was a 3-day, 2-night stay at the Ritz Carlton in Naples, FL and $400 spending cash.

As I walked away from the podium I realized my heart was not broken; that it had not sank within me.  In that very moment as I began to contemplate the joy that still remained in my heart.  The winner of the car ( a team mate of mine who at times was often very mean to me) walked up to me in tears.  I will never forget her words.  She said, "I told GOD that I don't know what I will do if I don't win this car.  If HE does not provide this for me, I don't know what I will do.  I've been so frustrated and I was ready to give up; to give it all up.  Everything.  My life.  My son's life.  I just didn't know what to do."

She went on to tell about her son who had a disability.  How one thing after the other kept happening. How it was appointment after appointment.  Yet, breakdown after breakdown with her car.  How it was what she needed to get everywhere and do everything, including get to work for overtime so she could just make it.  Right in that moment the LORD taught me a lesson.  She needed it more than me. Not just physically, but spiritually she needed the car.  She needed her request to GOD to be honored. Her faith and walk with GOD depended on it!!

This morning HE showed me, that HE knew  I would do what Hannah did.  That I could still be found before HIM, Praying to HIM, asking HIM to bless me.  HE knew that I would continue to seek HIM and trust HIM.  GOD knew that my praise would continue.

In due time (I Samuel 1:20); 6 months later, a relative received a large sum of money and I was gifted a car.  Not just any car.  A car I had wanted for years, since the time I learned to drive a stick.  Never told the relative this was my desire.  This car came with all kinds of bells and whistles.  The relative marched onto the lot to purchase a car for herself, and before she paid the dealer she looked at her husband, he gave her a nod and she said, and we'll take the red Jetta also!  Then she turned to me with a smile and blessed me!

Are you angry with GOD because HE did not answer your prayer or some particular thing did not go your way?  Are you again watching someone else get blessed while you wait?  Consider this; the LORD knows that you too can wait and that the blessing that follows the wait is going to be greater than you've ever imagined!

So will you remain mad and disappointed?  Or will you be found in the house of GOD praising HIM and soliciting HIM in faith to honor your request?