"LORD," Martha said to JESUS.  "if you had been here, my brother would not have died. 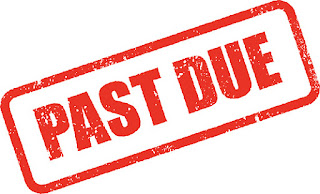 Sometimes in life we feel like Martha did in this scripture.  LORD if you had been here....  Yet, we forget that GOD is always here.  HE is ever present, all the time, everywhere.  HE can't be late when HE was present before your crisis occurred.  As a matter of fact before time existed; GOD has been GOD.  HE has always been and will forever be.

Don't allow yourself in this season to give up just because it seems like you may be running out of time.  GOD has given you a word and HIS word is bond.  In this same exact scripture the word tells us that JESUS advised that Lazarus' was only sick.  That it would not be unto death, but that it would all be for the Glory of GOD.  JESUS spoke these things before Lazarus was ever placed in the tomb.  I'd like to believe that HIS word went ahead of Lazarus and waited for him in the tomb.

Stand firm.  Be not tossed to and fro convinced that you should worry.  No, all you have to do is stand on HIS word.  HE will never fail you and GOD's never late.