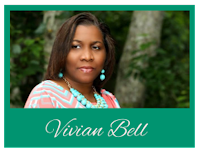 Give thanks in all circumstances; for this is the will of GOD in CHRIST JESUS for you.

Twice over this last week two individuals that I've never met before, who were in two separate places said the following:

"It's like the world is skipping over thanksgiving and going right to Christmas."

One continued on to say..."You know it's because it's about GOD.  But we can never forget about GOD."  Initially I agreed with her. I told her GOD bless you and walked away praising GOD for placing a believer in my path.

Then yesterday, it happened the second time.  A gentleman ahead of me in the line at the store expressed the same to the cashier who had her reindeer hat on.  She was dismissive to his comments.  Almost rude as she responded  "This is what they have us doing, so....."  The gentleman was deeply moved and seemed to be heartbroken by it all.

Not until I began to pray over what GOD wanted me to say to HIS people, did I realize this to be a call to action for me.  So, in obedience, I challenge you for the next 21 days to state (post, tweet, snap, text, etc.) what you are thankful for.

It is said that if one does a particular thing for 21 days in a row that it will become a habit for them.  It is my prayer that at the end of this 21 days that being thankful will not become a habit but a lifestyle.

I am thankful for the life GOD has given to me and the family HE has given me to share it with.
#Thankful21