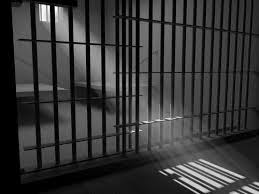 Then Pharaoh sent and called Joseph, and they quickly brought him out of the pit.  And when he had shaved himself and changed his clothes, he came in before Pharaoh.

This may seem like the end for you.  It might appear that you can't get any further away from the dream that GOD placed in your heart.  You appear to be bound and chained.  You appear to be in a place that you cannot possibly prosper from.  Yet, your soul is still believing GOD to do for you the very thing that HE has promised to you.  Yet, you're in this prison.  So what do you do?  Don't give up and don't stop believing.

GOD gave Joseph a dream.  Joseph believed GOD for his dream.  From the moment he had the dream.  Until the time in which his brothers sold him, he was lied on and landed in prison; Joseph believed.  Joseph went from one hard time to the next.  Yet, not once in the bible did I find the words that Joseph became angry.  I didn't find where it said anything about Joseph doubting GOD or feeling distraught.  I'm not saying he did not.  What I am saying is that the only thing the word speaks about is that Joseph had favor with GOD and thus with man.  What I will tell you is that Joseph didn't stop believing even while he was in the pit of prison.

Don't you dare get this close to your breakthrough and give up!  Joseph kept on believing.  Joseph had an expectation in his heart of GOD fulfilling HIS promise to him.  So from the prison; the place that seemed to be his final resting place, soon revealed that it was his last stop before the palace.  The prison was his last stop before the shift.  GOD took this man from the pit of the prison to second in command of all of Egypt.  v. 40-44  You shall be over my house, and all my people shall order themselves as you command.  Only as regards the throne will I be greater than you."  And Pharaoh said to Joseph, "See, I have set you over all the land of Egypt."  Then Pharaoh took his signet ring from his hand and put it on Joseph's hand, and clothed him in garments of fine linen and put a gold chain about his neck.  And he made him ride in his second chariot.  And they called out before him, "Bow the knee!"  Thus he set him over all the land of Egypt.  Moreover, Pharaoh said to Joseph, "I am Pharaoh, and without your consent no one shall lift up hand or foot in all the land of Egypt."

Don't miss your best thing because you gave up in the prison.  People of GOD this is your last stop right before the greatest blessing  you have ever seen in your life.  Keep believing GOD.  Keep trusting HIM and keep obeying HIM.  HE is faithful and just.  HE is gracious and HIS face shines upon you.  Stay encouraged and hold on.  I am praying for you!