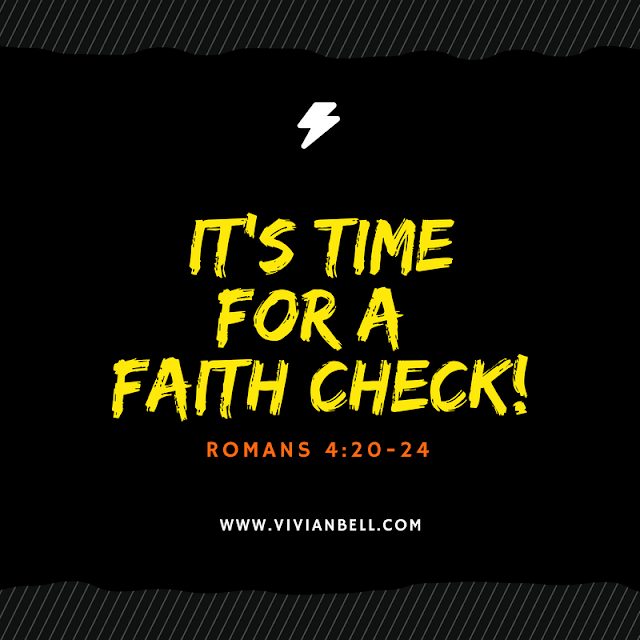 No unbelief made him waver concerning the promise of GOD, but he grew strong in his faith as he gave glory to GOD, fully convinced that GOD was able to do what HE had promised.  That is why his faith was "counted to him as righteousness."  But the words"it was counted to him" were not written for his sake alone, but for ours also.  It will be counted to us who believe in HIM who raised from the dead JESUS our LORD.


Righteousness/righteous- acting in accord with divine or moral law: free from guilt or sin; morally right or justifiable.

We all know that not one of us can say that we are righteous without JESUS.  Yet, the word tells us that our faith is counted to us as righteousness.  Faith!  Yes, the belief in GOD.  Faith; the thing that causes you to see in the spirit and praise in advance for something that has not yet manifested in the physical. FAITH!!!

Hold fast to your faith people of GOD for you are so much closer to your breakthrough than you think!