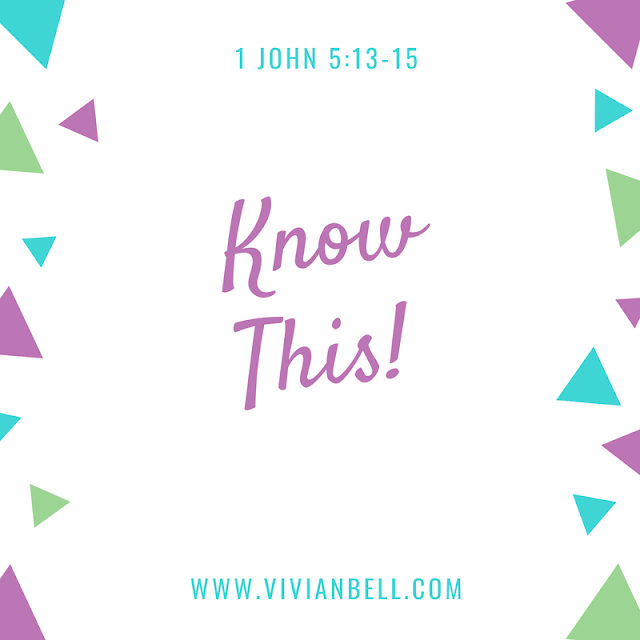 Know - comprehend, understand imply being aware of meanings.  To know is to be aware of something as a fact or truth.  (dictionary.com)

It is imperative that we know; without a shadow a doubt, that GOD is for us.  It is imperative that we understand our place and who we are.  We have got to know the truth and the truth is that we are the children of GOD.  The truth is that GOD hears our prayers and we must KNOW that if we ask anything according to HIS will, what we have asked HIM for is already done.

Do not allow yourself to be moved by what you see, what others may say or even by what you feel.  The word tells us that we destroy arguments and every lofty opinion raised against the knowledge of GOD, and take every thought captive to obey CHRIST. (2 Corinthians 10:5 ESV).  GOD prepared us in HIS word for the times in which arguments and opinions would raise up to question what we KNOW about GOD.  Take captive every thought this moment that is telling you that you're not good enough.  Take captive the lie that is telling you their going to overlook you for this job.  Dispel any and everything that is standing in the way of the dreams, desires and promises that GOD has made to you.  Speak what GOD has said.  Ask HIM for what HE has promised and do it boldly.  Not arrogantly, but boldly; knowing that the end result is just as HE has said it would be.  Knowing that because you are HIS and HE hears you; that it is already done!

I am praying for you that in this season you will see yourself as GOD sees you.  I am praying that you will stand up in the power and authority given to you by Heaven and be the men and women of GOD you've been called to be.  It's your destiny!  Let nothing keep you from it!