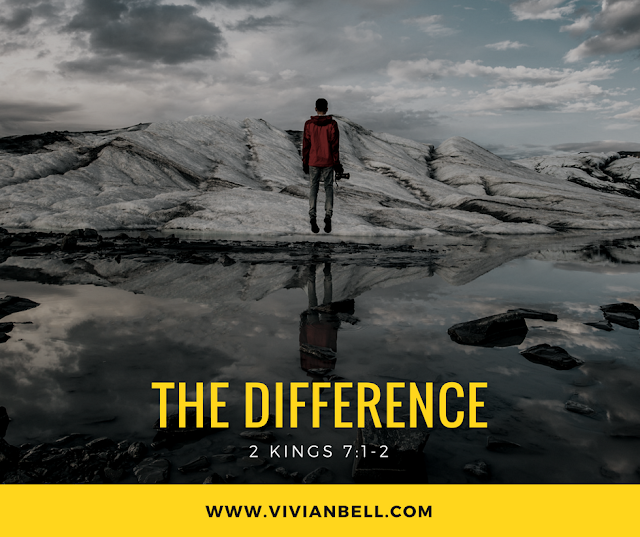 2 Kings 7:12 ESV
But Elisha said, "Hear the word of the LORD; thus says the LORD, Tomorrow about this time a seah of fine flour shall be sold for a shekel, and two seahs of barley for a shekel, at the gate of Samaria."  Then the captain on whose hand the king leaned said to the man of GOD, "If the LORD HIMself should make windows in heaven, could this thing be?" But he said, "You shall see it with your own eyes, but you shall not eat of it."

GOD has been really great to me.  HE has given me great biological parents and HE also has given me great spiritual parents.  My spiritual dad is much like my birth father in that they often do not realize just how wise they are.  My spiritual dad, Pops Phebus as I like to call him.  He always says to me, "You're Spoiled!"  It encourages my soul.  For what he means by those two words is that I am favored of GOD and that GOD takes great care of me.  This past Sunday he said to me.  You know I tease you and your sister a lot about being GOD's favorites, but the truth is it's not that HE really favors you, but it's your faith to believe HIM that makes the difference.  He said, "You just choose to have faith."

GOD has promised to never leave or forsake us.  HE has promised that those who wait on HIM shall never be put to shame.  HE has often made us promises that only we are aware of.  The question is, do we believe HIM for them?

You see in this particular story, the man of GOD gave a word from the LORD.  The LORD told the people that within 24 hours I am going to turn your situation around.  Tomorrow you won't be hungry.  Tomorrow the entire economy is going to shift in your favor.  The man who doubted, saw it come to pass (for GOD's word always will) yet he did not eat of it, because he was trampled at the gate.  Don't let unbelief trample you!

We read in the bible about prophets like Elijah and Elisha.  They performed great miracles.  Most people think, that this was just for them, in their time; in their season.  You have been led to believe that there was just something so great about them and that such power is beyond your reach.  Yet, I am here today to tell you that this too is a lie.  For the word reads in John 14:12-14 (ESV) "Truly, truly, I say to you, whoever believes in  me will also do the works that I do; and greater works than these will he do, because I am going to the Father.  Whatever you ask in my name, this I will do, that the Father may be glorified in the Son.  If you ask me anything in my name, I will do it.

I believe in GOD.  I believe HIS word and I am going to operate in HIS power.  No devil in hell or on earth will stop the fulfillment of promises in my life!  Nor will they stop the healing, blessings and abundance that I'll declare over the lives of others around me.  I have chosen to believe GOD, I pray today that you will also.