You Were Just Bait! 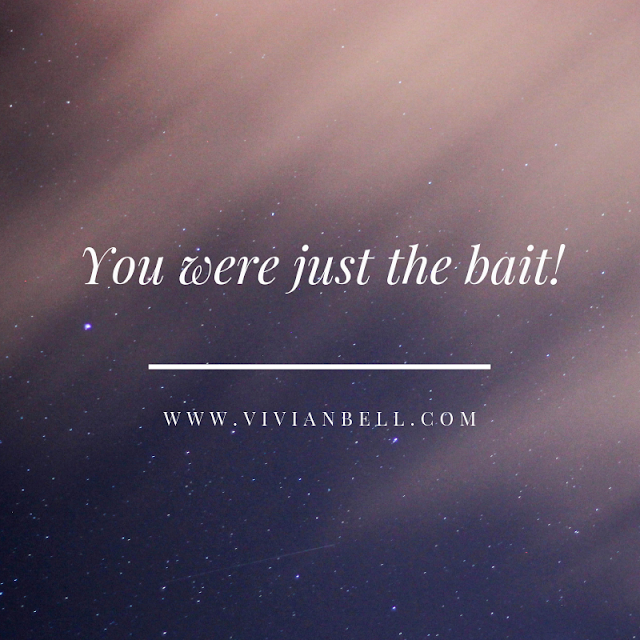 Job 1:1 ESV
There was a man in the land of Uz whose name was Job, and that man was blameless and upright, one who feared GOD and turned away from evil.

At the beginning GOD stated who Job was.  HE told of his character and his right standing with  GOD.  The LORD wants to remind you today of who you are.  Don't allow what your current circumstance appears to be to throw you for a loop.

You see, in verses 6-8 in this same chapter the LORD asked satan where he had been.  Not because GOD did not know where he had been; but these verses make known that even the enemy of our soul is subject to GOD's authority.  satan had to answer GOD!  Everything in this world; in heaven and on earth is under the rule of GOD.  Nothing you are dealing with will ever be greater than GOD, nor is it out of his reach.  If you are in it, HE is in it with you and protecting you!

Pay attention to the fact that GOD offered up Job to satan.  HE said, have you tried my servant Job?  Again, GOD being all knowing, knew the answer to this.  satan responded there is a hedge around him, his family and all that he has.  You see the enemy has seen GOD's arm of protection around you. he knows who you are and truth be told he's scared of you.  But he is not smart, and his memory is apparently short.  You would think he'd remember what happened with Job.  You'd think he'd remembered how Job still praised GOD, even after satan was allowed to touch his body.  Wait.... as a matter of fact he has actually forgotten what happened the last time he attacked you and I.  he has forgotten that our GOD always has limits on what he can do to us.  he has forgotten that our GOD will restore back double what he has taken.

My prayer today is that you will remember who you are. That you will rest in knowing that GOD is ever present in your situation.  I pray today that you will realize that this trial and test has not come to destroy you, but to make you stronger and to bless you.  But above that, it will give GOD glory and honor.

You will come out of this, stronger and more blessed than you were when you went in. You're just the bait my friend!  Stay encouraged you've already won!  Prepare for the reward that GOD has for you; for it is bigger than you could ever imagine!