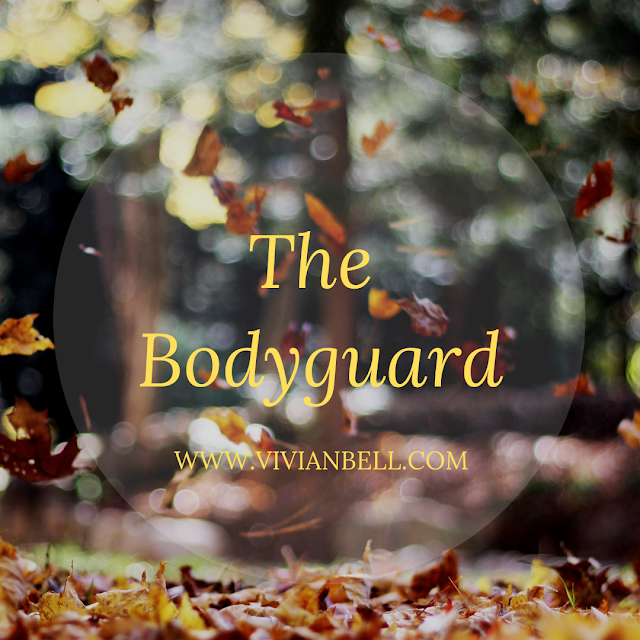 Joshua 1:9
Have I not commanded you? Be strong and courageous.  Do not be afraid; do not be discouraged, for the LORD your GOD will be with you wherever you go."

Many of us think of the movie starring Whitney Houston and Kevin Costner whenever the words "The Bodyguard" are spoken.  Who could forget such devotion and dedication to the job; to her.  As I began to grasp the meaning of who GOD is in connection with these words HE took me back to a vision of my childhood.

My little brother use to say to me, "I can't wait until I am older than you!"  I would laugh at him and say you will never be older than me.  He would go and tell my dad, thinking daddy would side with him, (as he usually would).  Yet, because my dad would not lie to us, he would try to explain it with such care to my brother.  It was as if this kid did not get it though. Because the moment he was in Kindergarten and in the same school as me, he fought for me and defended my honor.  That seems weird right? This Kindergarten kid standing up to fifth graders right?  Well, nothing caused my little brother fear.  He would come a running and jump up in the air and punch any boy who was trying to corner me, or just anyone who thought they were going to do anything at all to me.  He wasn't saying that he really wanted to be older than me, what he was really saying is that I know it is my job to defend you, so I'm going to do that.

I remember once, a guy I liked had come over and we were alone and he tried to kiss me.  I said no, but he was insistent.  I wasn't worried, because I had a few tricks up my sleeve, but out of nowhere comes my little brother.  He was shorter than this guy but he jumped up, punched him in the jaw, and said to him..."Did you not hear her say no. Now what you want to do?"  He lacked fear.  He didn't run, although I was begging him to because the guy was older, bigger and getting angrier by the second. (His jaw was also swelling by the second.)  But my brother wouldn't budge.

I know it seems comical, and may have made you laugh or smile.  I want you to also find the comedy in the fact that the enemy is attempting to attack you.  I want you to laugh in his face, because our FATHER is with you.  Yet, our FATHER lacks nothing.  HE is bigger than anything that could ever set itself in opposition of you.  HE is with you every where that you go.  There is no need for you to fear anything.  There is nothing and no one bigger than our GOD.  Nothing can stop HIM, hold HIM or remove you from the palms of his hands.  HE will stand in the face of your adversity and when HE is finished HE will be the only thing standing.  Yes, standing right there next to you.  So stand on HIS word.  Do not be moved!  HE will protect you.