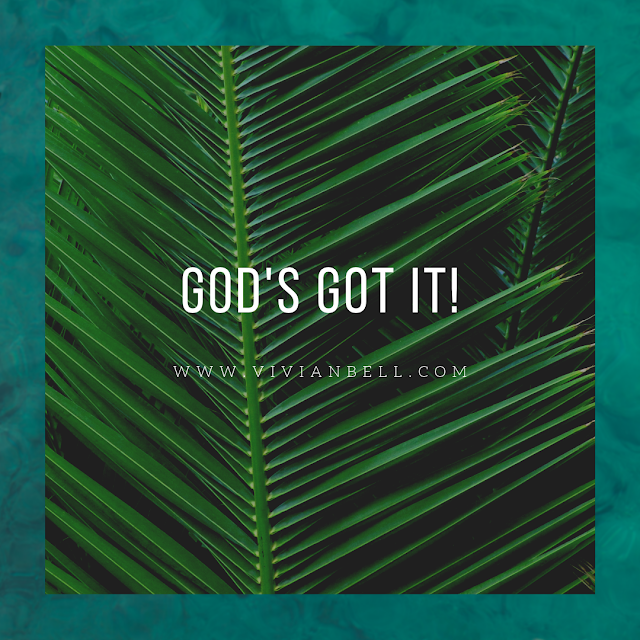 Genesis 31:29 ESV
It is in my power to do you harm.  But the GOD of your father spoke to me last night, saying, "Be careful not to say anything to Jacob, either good or bad."

The LORD will speak for you and defend you.  The LORD will speak even to your enemies and cause them to bless you.  Stop worrying about the details of the other side.  That is not your job. Your job is to trust GOD and be obedient to HIM.  As you draw closer to GOD and continue to walk out HIS directed steps in obedience, the very thing HE created to find you is already making its way to you.

Like Abraham, as he climb one side of the mountain with Isaac to put him to death at the word of GOD.  He climbed that mountain with full faith that he and his son was coming back down.  Have you considered how he did not know how this would be; how he would put to death the very thing GOD gave to him, yet speak ahead of time that it will return with him to the place they were departing?

Nevertheless, he walked the mountain side, going higher and higher.  Still with no clue of how this would end.  Abraham had no knowledge of the ram that was climbing the mountain on the other side.  The ram got stuck in the thicket in the same place in which Abraham was to sacrifice his son.  This was the divine ordination of GOD.

Yes, GOD is doing the same thing for you. So stop worrying about what's on the other side of this leap of faith and just move your feet.  GOD knows what you need and HE keeps all of HIS promises;  GOD's got this!
#GODsGotThis
#TakeTheLeap
#MoveYourFeet
#Destined4Greater
#WalkByFaith