The Atmosphere of Faith 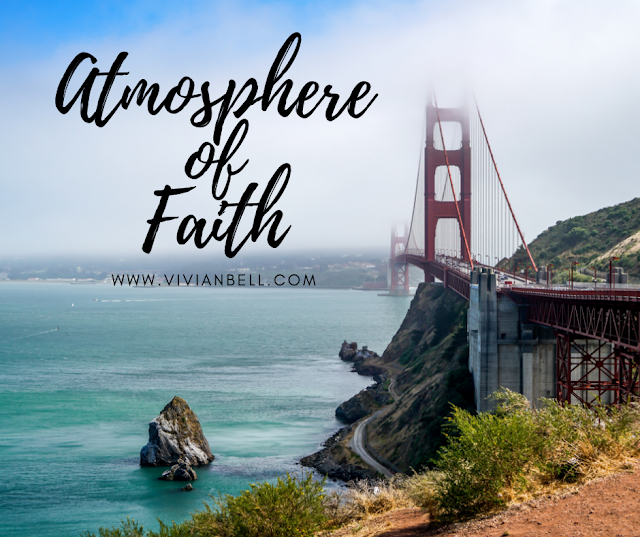 Luke 8:45-46 ESV
And Jesus said, "Who was it that touched me?"  When all denied it, Peter said, "Master, the crowds surround you and are pressing in on you!"  But Jesus said, "Someone touched me, for I perceive that power has gone out from me."

Last week the Lord spoke two words to me; they were "atmosphere changer". This morning, the story of the woman with the issue of blood was bought to my remembrance and I considered how faith changed her atmosphere.

This woman was in a very large crowd of people.  Yet, when she touched our God he asked "Who touched me?"  Not because he did not know because again he is God. But because her faith caused such a shift in the atmosphere that our God had to acknowledge her.

Her faith literally drew virtue from God.... Can you imagine having a faith that will move the almighty God? This woman had no reason to truly believe that her situation would change. Consider the fact that it had been 12 years; 12 long years... She had poured out all of her money; she had nothing remaining.

You may think "I don't have any money to pour out."  But you may have poured out all of  your strength.  Or maybe, just maybe all of  your confidence in God has been poured out, because your eyes have seen no physical change.  In spite of what you see, I want to encourage you to not allow any of this to move you.

It is my prayer today that you will pour out everything even if everything seems to get you nowhere.  Choose to believe that even if all you have left is your faith that this is all you need to prepare the atmosphere for a miracle.

I've seen many things in my life.  Some of which were heartbreaking and painful.  But the one thing I have not seen is our God fail! And I declare that none of us ever will. Run to him! Search him, seek him.  Make your way to Him and touch the Hem of His garment for I know that you will be made whole!