Weight of the Word 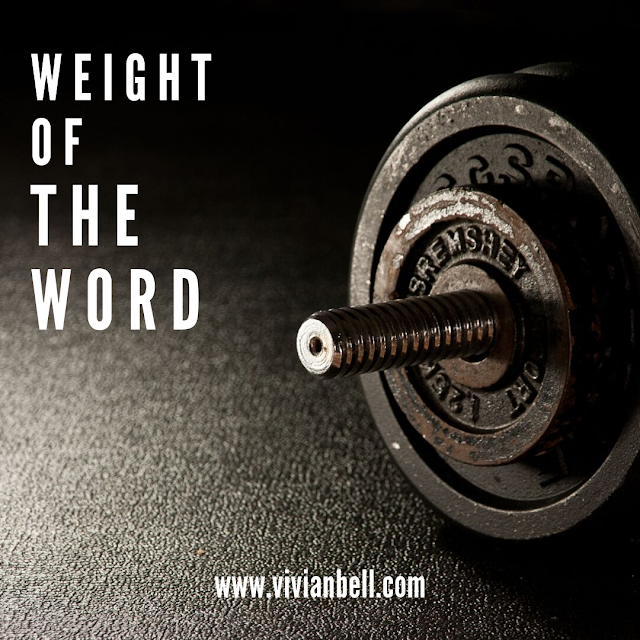 Luke 8:49-56 NKJV
While He was still speaking, someone came from the ruler of the synagogue's house, saying to him, "Your daughter is dead.  Do not trouble the Teacher."  But when Jesus heard it, he answered him, saying, "Do not be afraid; only believe and she will be made well."  When He came into the house, he permitted no one to go in except Peter, James and John, and the father and mother of the girl.  Now all wept and mourned for her; but He said, "Do not weep; she is not dead, but sleeping."  And they ridiculed Him, knowing that she was dead.  But He put them all outside, took her by the hand and called, saying, "Little girl, arise."  Then her spirit returned, and she arose immediately.  And He commanded that she be given something to eat.  And her parents were astonished, but He charged them to tell no one what had happened.

I use to wonder why it was that Jesus commanded her parents to tell no one what had happened.  And then I read this story again and I realized that the Lord had assessed the atmosphere.  It was apparent that the ruler and his wife believed in Jesus. They believed that He could heal their child.  This faith is what brought the ruler to Jesus in the first place.  Yet it appeared that no one else around them believed quite the same way.  You see, the person from the rulers house came and said... "your daughter is dead, do not trouble the teacher."  These words to me are filled with unbelief; using the word "trouble" as if they were bothering Jesus.  And then in the midst of the God they believed could keep her from dying, this man announces her death.  He could have said the teacher is no longer needed to heal her of her sickness; we need Him to come bring her back to life.  But his unbelief only allowed him to speak death.

Then as they arrived home, everyone is weeping; inside and outside.  When Jesus spoke words of consolation to the mourners, they laughed at Him.  For they "knew" she was dead.  The thing that I love the most though, is that earlier Jesus had already spoken and told them that she was only sleeping.  So before they laughed; Jesus spoke.

Do not allow anyone else's word to have more weight in your life than God's.  It doesn't matter if they laugh at you; call you names or speak against you in any manner; never ever, ever allow anyone else's word to have more of an impact on your life than the word of God.  Man's word will fall to the ground.  But the word of God will never return unto Him void.