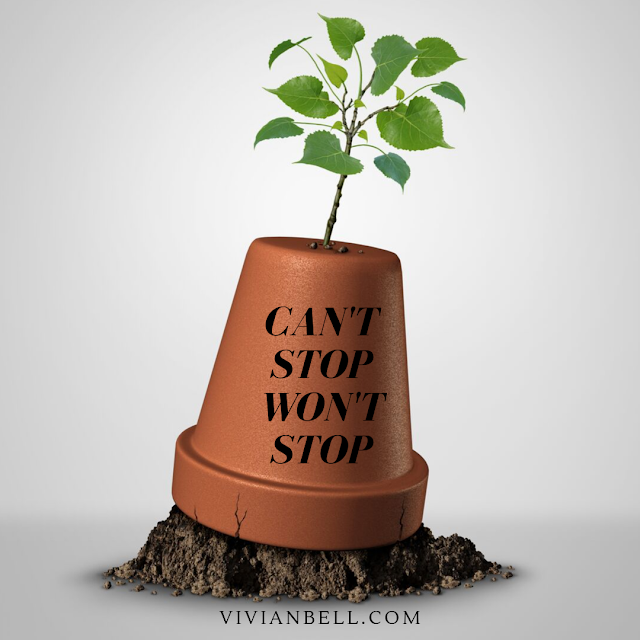 Matthew 16:18 NKJV
And I also say to you that you are Peter, and on this rock I will build my church, and the gates of Hades shall not prevail against it.

Several years ago I met a lady, who is somewhat older than me.  She has a ministry of encouragement.  She gets so excited when she's sharing the word of God or just encouraging someone.  She used this slogan, that I initially thought was just a phrase or cliche from an old song... She would burst out "Can't stop, won't stop, get it, get it!"  At first I thought, I remember that song, she's telling her age (And mine also, LOL!).  I thought perhaps for some reason these words just stuck with her from this old song.  I couldn't seem to understand her delight when she spoke the words.

Then a few weeks ago, something really strange happened to a friend of mine.  It was an attack that was set up to stop him, to ruin his business.  It threatened everything God had promised him.  I stood with him in prayer believing God to prevail and restore.  But do you want to know the funniest thing that happened?  As, he was telling me what was going on, I could hear this lady so clear in my spirit, saying in her jovial voice...Can't stop won't stop!  And then, those words became life to me also.

You see, it doesn't matter what forces come against us; what plots are planned by the enemy, he has no power to prevail against us.  Oh, I am not saying that the things you go through in this life aren't hurtful or devastating at times.  I'm not saying that life at times won't deal you a blow.  But what I am saying is that it won't prevail.  Jesus ensured your victory when He took your place on the cross, died and raised Himself up again three days later.

Much like this plant in the picture, sometimes life can flip things upside down.  But for as long as you have life in you; you are not finished and it is not over!  Just like this plant, your blessings will find a way out of any place that sets to confine them.  Your blessings will break forth and come to you overflowing in abundance.  Stay encouraged, my dear friends.  Keep the faith for you are already victorious.