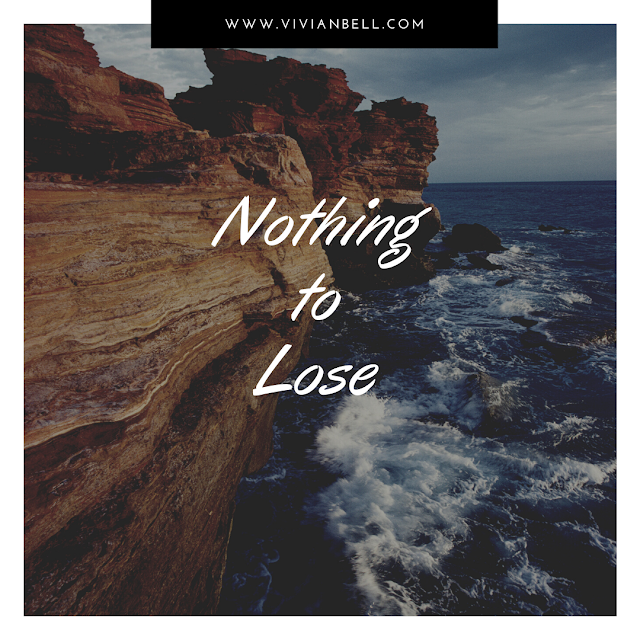 Luke 7:37 NKJV
And behold, a woman in the city who was a sinner, when she knew that Jesus sat at the table in the Pharisee's house, brought an alabaster flask of fragrant oil, and stood at His feet behind Him weeping; and she began to wash His feet with her tears, wiped them with the hair of her head; and she kissed His feet and anointed them with the fragrant oil.
Have you ever stopped for a minute and considered what it must have been like for this woman? All of the thoughts of her past sins swirling around in her head as she made her way to Jesus....  How she must have had to pep talk herself every step of the way.....  Well, that was my view of her, until about a week ago when the Lord spoke these words to me.... "Nothing to Lose!"
You see, she could stand in the face of all who ridiculed her, because her mind was made up.  She had decided way before she arrived that she was going to get to Jesus. She knew that He alone could forgive her sins.  She had to have had a revelation of this because later in the chapter Jesus says to her, "Your faith has saved you, Go in peace."
What could she possibly have to lose? Her dignity was gone, her self respect; she was the talk of the town apparently...(based on the Pharisees response to her).  Yet, this unexpected woman received a blessing that no one else in that house received that day.  I dare to even say that as she walked there she lost any false pride, doubt and fear.  The closer she got to Jesus, she lost any resemblance of the woman she had been.  She believed so very much that God would deliver her, that she walked away from it all and came straight to the feet of Jesus.  Will you decide today, that the things that are holding you back fail in comparison to the life God has for you? Will you acknowledge that anything you're holding onto will always be found as nothing in comparison to God.  Will you leave it all today?
#JustAQuestion #NothingToLose #InGodIsGreatJoyAndBlessings #BelieveGod
Email Post