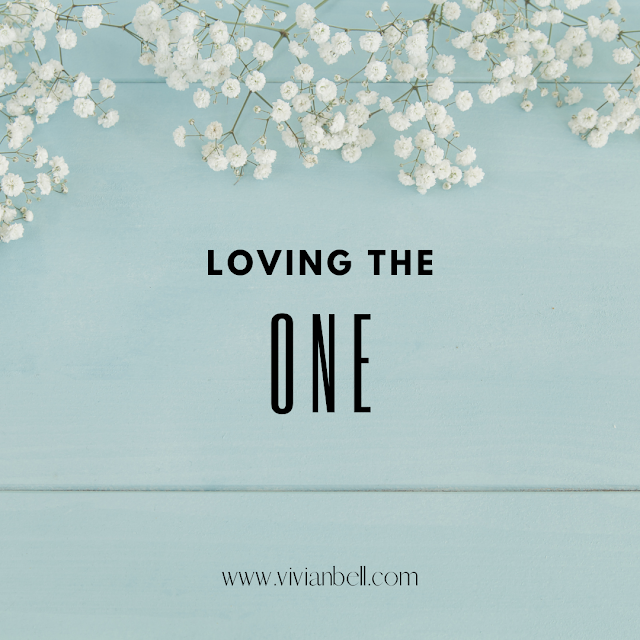 Matthew 18:12
What do you think? If a man has a hundred sheep, and one of them has gone astray, does he not leave the ninety-nine on the mountains and go in search of the one that went astray?
Tonight I heard..."Sometimes it's about "the one" because it's about "the one".  I know it sounds confusing.  I had just finished reading the story of Naomi and Ruth.  How the one daughter-in-law stayed.  How although her mother-in-law was clearly bitter. Yet, this one Moabite woman remained with her.  She took care of her and she listened to mother-in-law.
Most of us know the story; how Ruth married Boaz and went from laboring in the fields for food to owning the fields as his wife.  Yet, several things stood out to me as I read the story this time.  It is my understanding that Naomi was likely the great-grand mother of David; she is in the lineage of Jesus.  All because her daughter in-law gave birth to one son.  So many things came to mind as I imagined being there in the time their story took place.  Then I consider the lost sheep; the one.
Sometimes, we are required to pray for the one.  The one that's lost. The one that's backslidden.  The one that's bitter.  At times we are called to minister to only one.  Yet, that one is the one, because it is not just about them, but the one who will come after them.  It is about the one they will love because you loved them; the one who will change the world around him/her.
So, I encourage you today to not be dimayed when there is only one... only one in your audience, only one following you, only one listening to your podcast or getting up early once a week to join you on the prayer line.  Minister to the one, because through that one nations will be changed.
#TheOne #LovingTheOne #OneLord #OneLove #BeTheOne #ShineYourLight #GenerationsWillSee
Email Post