Which One Came First? 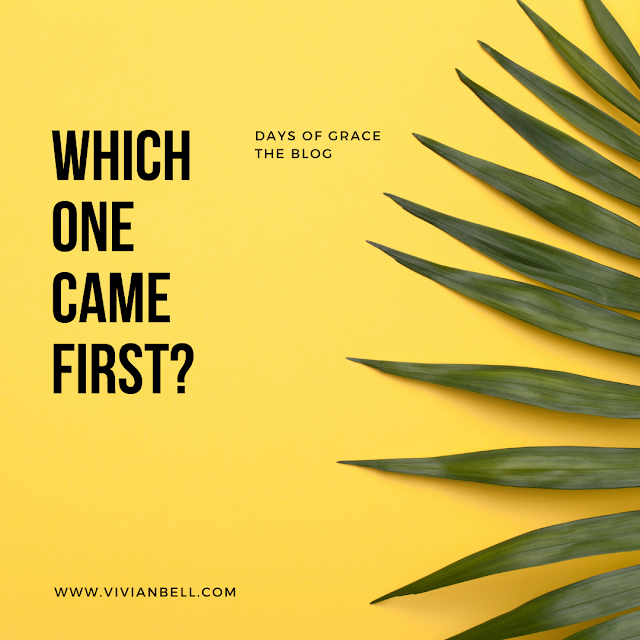 As soon as my feet hit the ground this morning, I heard these words..."The Word came first."  I initially said "Yes, Lord."  I know... I heard you... I thank you for speaking... I believe your word.  Then God reminded me of how He sent His word ahead of Lazarus when He said, "He is not dead, He only sleeps."

Then again, He took me to Peter's walking on water experience.  The Lord sent the disciples ahead of Him to cross over to the other side.  He had given them a directive, stating that they were to go to the other side, not stop and be destroyed in the middle of the storm.  But for them to "go" to the other side. So, their arrival was a guarantee.  He reminded me that it was His word that Peter ultimately walked on and not the water.  Peter's faith in God's word is what sustained Him.  God took me from one story to the next and He ended with this word....

There is a word in the bible for your very situation.  Good, bad, or ugly, there is a word that will sustain you in this season.  For God is the word; He gave us His word and we can live by it, stand on it and expect it to manifest in our lives.  I encourage you today to read the word of God; seek His face and live with an expectation for God to fulfill every promise He has ever made to you.