On the Backsid of the Hill 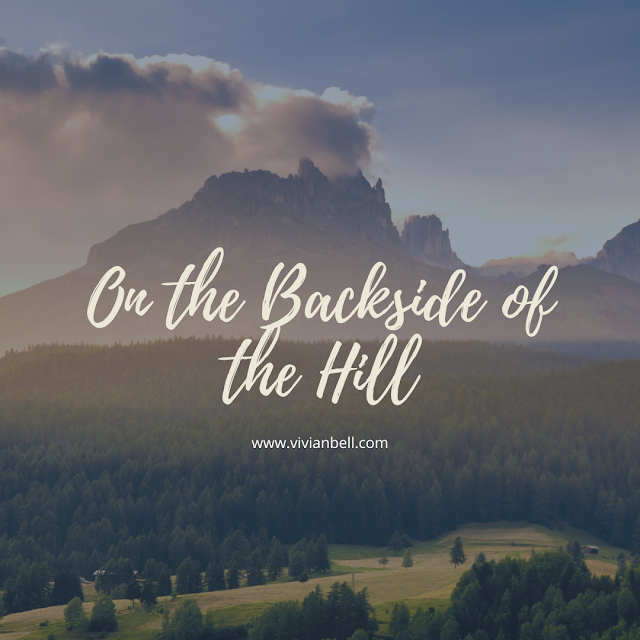 But David said to Saul, “Your servant used to keep sheep for his father.  And when there came a lion, or a bear, and took a lamb from the flock, I went after him and struck him and delivered it out of his mouth.  And if he arose against me, I caught him by his beard and struck him and killed him.  Your servant has struck down both lions and bears, and this uncircumcised Philistine shall be like one of them, for he has defied the armies of the living God.

Sometimes life can feel like we are living it on the backside of a hill.  It can feel as if we are alone and there is no one there but us and the Lord.  And although the right thing to tell you and the only truth that really does matter is that God is with you; sometimes it might feel like that is not enough.  Which brings me back to a statement I not only use when I counsel others, but also when I need to encourage myself… “Your feelings don’t count and have no weight.”

David was the youngest of eight;  He was not even considered important to his family.  His own father did not even consider him worthy to be used of the Lord as he would not even send for him when the man of God arrived at their home to anoint the next king.  His earthly Father did not call for him; but His Heavenly Father did.  His Heavenly Father, the only one whose opinion of David mattered; called for him.

David returned to the backside of the hill after being anointed to be king.  I believe he did this because He understood times and seasons, but more than that; I believe David valued the backside of the hill.  For it was there that God spoke to Him, trained him, and prepared him for the season of his life that would thrust him into his destiny.  Do not despise your time on the backside of the hill.  God is there with you, and He is preparing you.  Cry if you must. But do not give up.  Do not abort your destiny because the training gets hard.  Continue to believe God for all He has promised you.  His words will never fall to the ground.