The Bad that Brings Good 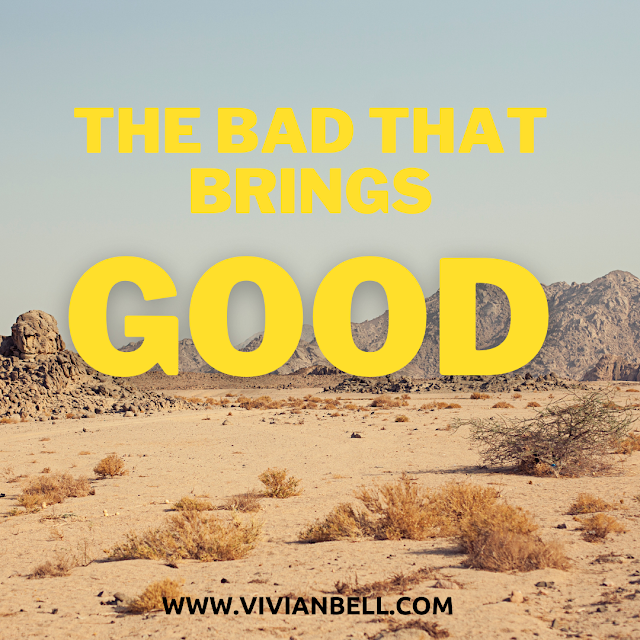 As for you, you meant evil against me, but God meant it for good, to bring it about that many people should be kept alive, as they are today.

I have heard many things said about the story of Joseph and his coat of many colors.  I’ve heard many say that the lesson in this was to watch who you tell your dreams to.  I’ve even heard others say that Joseph was too arrogant and that’s why his brothers disliked him and sold him…had he been quiet he may have never been sold.

Yet, I believe that there is not one thing, that does not work together for our good.  I’d like to think that Joseph’s character was not one of boastfulness, based on the entirety of the story.  Yet, I pondered today… What if it was his fault that his brothers hated him? Then my soul was excited because whether the bad was on the part of his brothers or on Joseph; God worked it all together for his good.  Everything wasn’t always good along the way, but it definitely ended good for both Joseph and his brothers.

You may be in a tough situation right now.  You may have caused it or those in authority over you may have caused it.  What you need to know today is that no matter the cause, there’s no situation too big or too hard for God to bring you out of.  God will come right where you are and bring you peace in the middle of a storm.  Refuse discouragement and doubt and choose to live with a heart full of expectation for God to bring you out of this better off then when you went in. Just as He did for Joseph.