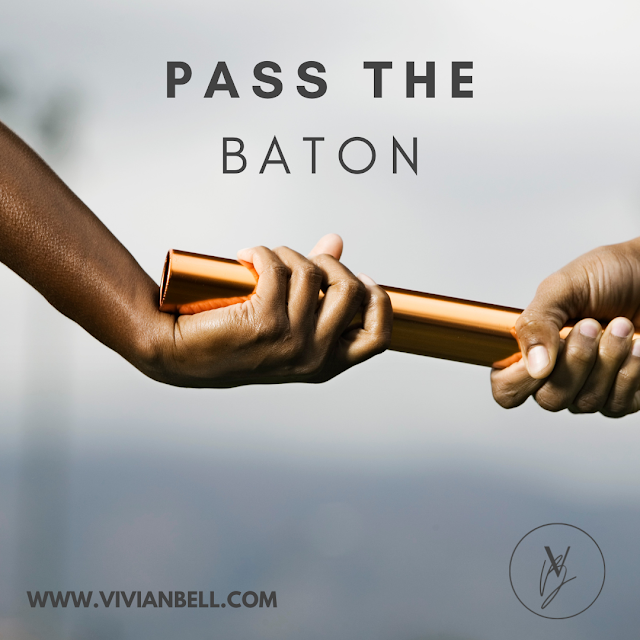 Then the Lord me and said:

“Write the vision and make it plain on tablets, That he may run who reads it.  For the vision is yet for an appointed time; But at the end it will speak, and it will not lie.  Though it tarries, wait for it; Because it will surely come, It will not tarry.

Have you ever seen a relay member not appear on the track in their assigned spot?  Have you considered what would have to happen in order for the team to remain in the competition, should this take place?

I would imagine that the runner who was prepared to pass the baton would have to run twice as far and exude twice as much energy.  Have you considered how far the generations will have to run that come after you, should you refuse to get in the race (to walk in your God given purpose)?

When you refuse to walk in your purpose, you’re not just choosing to take it easy, you’re choosing to make it hard on every generation coming after you. As they will have to work twice as hard to slay the giant (generational strongholds, curses, etc.) that were assigned to you!

I don’t know about you, but I am going to walk in my purpose and help others to do the same, so that the generations coming after us won’t have to do our work and theirs.